My son puts some color inside his GTI 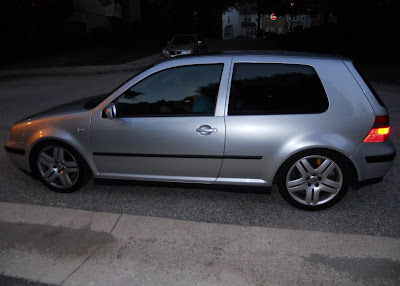 This is my son Jimmy's GTI
He is MY baby but this is HIS baby!
He is going to WVU in the Fall to start college and study
Mechanical Engineering
Obviously because of his love for cars
His love for this car will show here in these pictures: 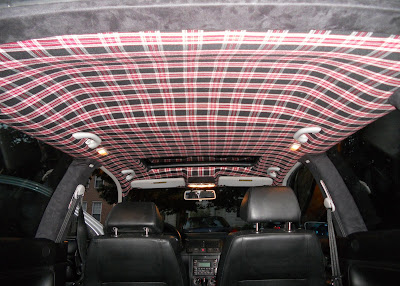 Jimmy covered the roof of his GTI with a plaid.   I think he wishes he had been born in Europe.  He loves the German Engineering cars and hopes to work for one of them one day.  He had to work the plaid in and around all the corners and moldings.  I was completely impressed.  He said he went through 4 cans of 3M adhesive spray!  Take a look at the great job he did with the sun roof.  He used black ultrasuede to create the look he was trying to accomplish. 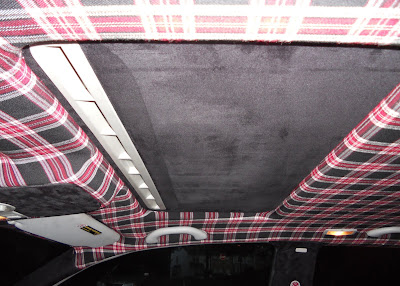 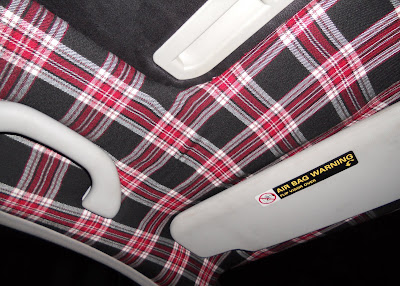 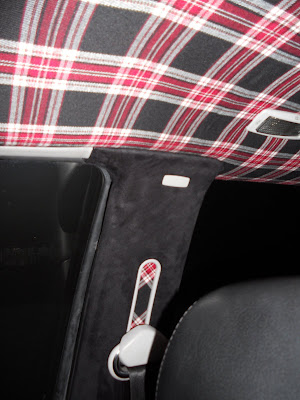 A hidden piece of plaid set into the seat belt holder is a nice addition.  He could ONLY get this talent from me.  I don't know how he learned all of this but he did teach himself.  The only thing I did was let him use my "fabric only" scissors.  I asked him how did he go around corners and how did he keep things so neat?  He told me he cut darts.  WOW!  He cut darts, like I do when I sew or applique.  I told him he would be a good quilter but I have not convinced him of that yet.  I will work on him.
MEANWHILE.....I just hit over 20,000 views on my blog this weekend.  I have only been blogging since last September.  Not even a year yet.  I am so pleased to have such a great group of blogging friends out there!  Thanks for all the great comments and all the support.

Vesuviusmama said…
I am duly impressed, particularly with the seat belt detail.
July 24, 2010

Dee said…
wow, oh wow! I'm so impressed with this!

Elaine/Muddling Through said…
Wow! what an awesome job he did! Most excellent.
July 26, 2010

Thanks for visiting me back. I appreciate your kind words.

julieQ said…
Wow! Looks great...be sure and tell your son! My dear son put bright blue neon lights...inside and outside of his high school car...we could see him for a mile!
July 27, 2010

Anonymous said…
That is just so cool. I have a daughter that is in architectual design. I keep telling her she would be great at quilting. Haven't convinced her yet! All we can do is keep trying!
July 27, 2010

Queen Of The Armchair aka Dzintra Stitcheries said…
Wow...how cool is that car, and all that detail...maybe your Son will try quilting one day!!! 20,000 hits, congratulations Stephanie...Dzintra♥x
July 27, 2010 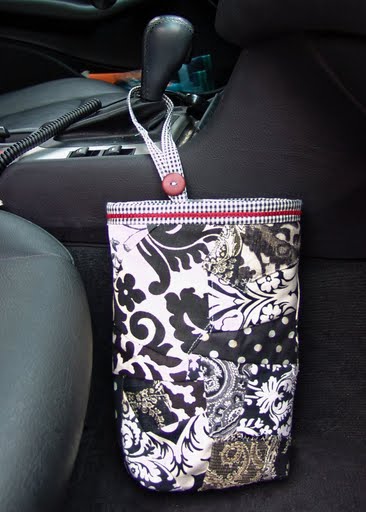 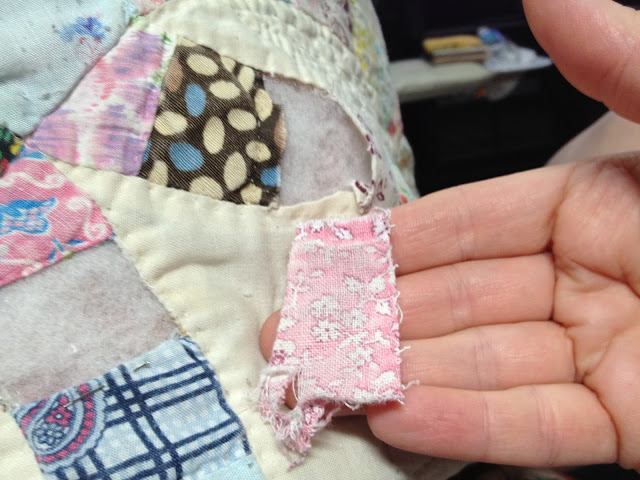 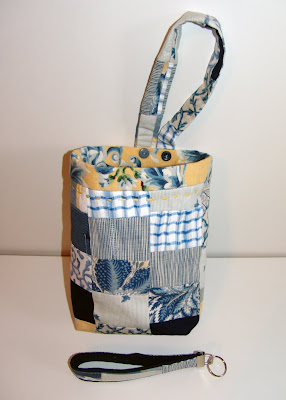 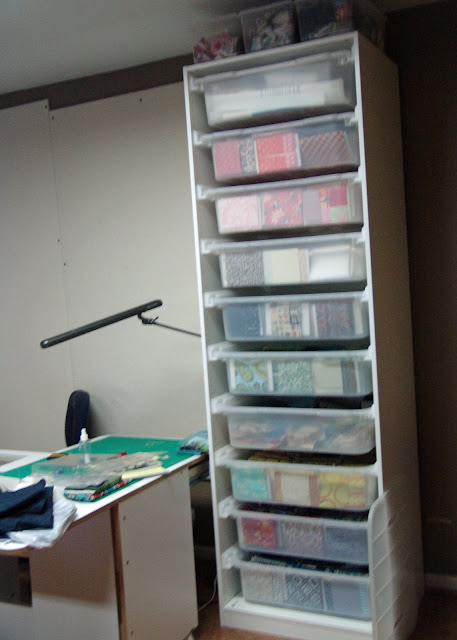 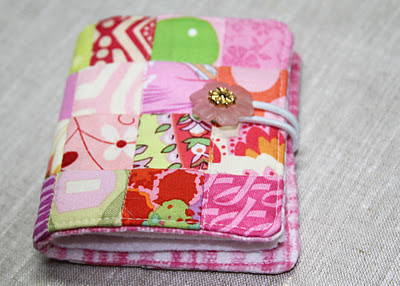 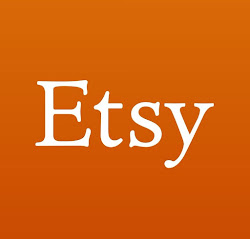